News
You are here: Home / News / Other / In Memory of Vaughn Harper 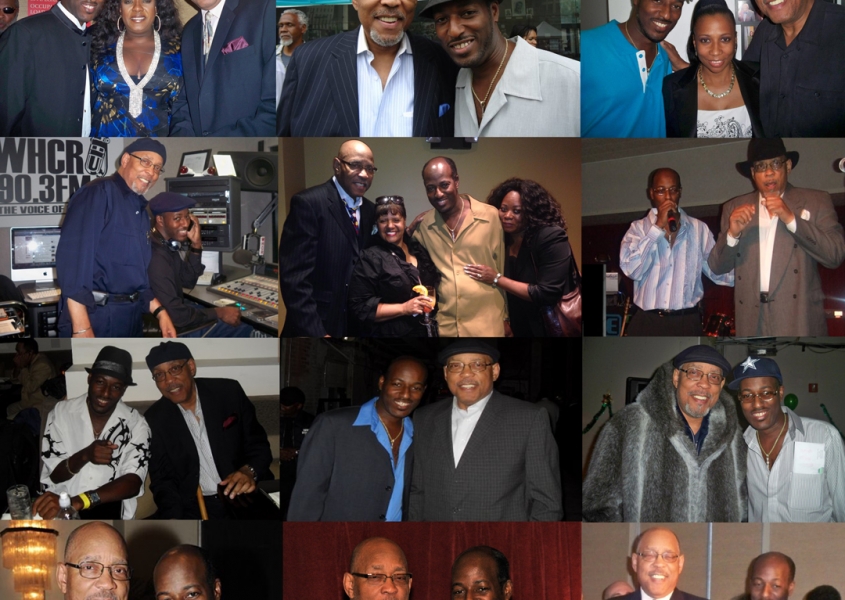 Today I attended the home going service for a person I grew up listening to on the radio and whom I had the honor of sharing stages with on many occasions after I got into the radio industry. Our friendship grew fast and before I knew it, we had gone from sharing stages to sharing airtime at one point. The service was beautiful and he looked wonderful but most of all, he looked as if he was finally at peace. VIEW PHOTOS FROM SERVICE HERE

As I sat there listening to his childhood friends, family and his WBLS family reflect on his life and the extraordinary human being that he was, the precious times we spent together began to run through my mind rapidly. This man I’m speaking of is my mentor, the legendary Mr. Vaughn Harper, former host of the “Quiet Storm” on WBLS 107.5FM here in New York City.

The thing that I valued the most was his reception of me into his circle of friends and the selfless quality that he had about himself. What I mean by that is, numerous times throughout my career I’ve encountered people of his prominence in the industry who felt compelled to somehow refuse to offer assistance or guidance to a person like myself in an effort to encourage my endeavor to grow in the industry for one reason or another, but not Vaughn. This man always and I do mean always, ensured that whenever he encountered another individual while I was in his presence, he would make a point to ask them if they knew me? If they did great, but if they didn’t, he would promptly go into promotion mode and made sure they knew who I was, what I did and what time I did it, LOL. That was the kind of person he was. I’m talking about from the wait staff at Sylvia’s where we would dine from time to time to members of the so-called “higher echelon”, a group of which he was clearly a member of but was too down to earth to acknowledge it. He didn’t have to do it but he did it because that was his nature.

After his departure from WBLS, he often spoke to me about how he really missed doing radio and if he had the chance, he would do it again. It was conversations such as this that started the wheels turning in my head about how much his fans would really enjoy hearing him of the air again. Even though I’d often had artists/celebrities come on my show as a celebrity co-host and let them pick songs of their liking for a thirty-minute segment, I wanted to take it to another level for Vaughn. Thus came the concept of having him join me to co-host the entire four hours of The Love Zone but not as a guest; I wanted to afford him the opportunity to be back in the main chair, doing what he loved to do and to help me give both our fan bases an unforgettable evening of “The Quiet Storm” and “The Love Zone” simultaneously. I pitched the concept to him and his immediate response was “hey man, let’s do it.”

We coordinated a date and set out to make New York City radio history. He came prepared with the music that he wanted to play and we added it to the playlist along with my music to create our lineup. Once on the air, we took turns playing three tracks each. It was an incredible show. We even named it “A Love Storm”. It was so nice to see him back in his element and the environment that he craved. Just to watch him feeling the music and interacting with his fans and celebrity friends such as The Stylistics Russell Thompkins, Jr., The Chi-lites Marshall Thompson, Howard Hewett, Champaign’s Pauli Carman, Alyson Williams and more who called in during the show gave me immense joy. Little did we know, that would be, what has now become apparent, his last live radio broadcast. I’m just glad to know that I was able to make that small contribution to a person who has been an inspiration to me and who has had such a positive impact on my aspirations and me.

Needless to say, hearing of his passing really rocked me a bit and even now it’s kind of hard to come to terms with the fact that he’s really gone. To say that I’m going to miss him is an understatement. He was truly a rare jewel. Thank you Vaughn for everything and rest on my brother! Rest On! 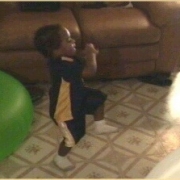 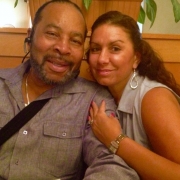 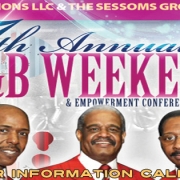