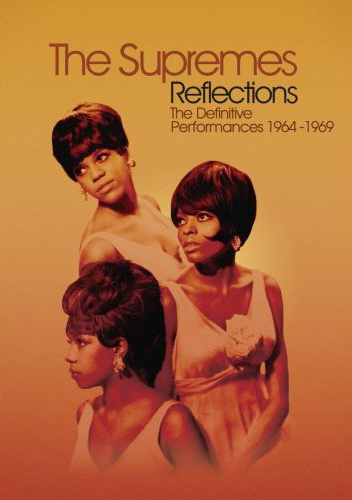 This is the very first time that a collection of performances by the Supremes have ever been issued on DVD. There are 16 full length songs plus 4 bonus clips including their first US top 30 hit “When The Love Light Starts Shining Through His Eyes”. It also contains all 12 of their US number 1 hits. The performances are from the period 1963 – 1969 and are a mixture of TV appearances and live concert footage. Some of the live TV performances like “Come See About Me”, Back In My Arms Again” & “I Hear A Symphony” have not been seen for over 40 years! The wonderful Funk Brothers are seen backing the girls on “Come See About Me” and Diana forgets the opening line to “I Hear A Symphony” but recovers without missing a beat. The clip for “Stop! In The Name Of Love” caused quite a storm back in 1965 as the girls are seen performing on a TV special with an interracial audience. The often overlooked song which broke their run of 5 numbers 1’s “Nothing But Heartaches” is another rarity which is included. The dramatic “My World Is Empty Without You” is also from a TV special and shows the girls in the Hitsville studio known as the “Snakepit”.

By 1967 the Supremes & Motown had reached a new plateau and the hits continued with one of their most unusual songs “Love Is Here And Now You’re Gone” and the girls appearance became even more glamorous and polished. In 1969 Diana Ross & The Supremes parted company both forging ahead with new successful careers with Jean Terrell being Diana’s replacement. Their swansong, their 12th number 1, was the ironically titled “Someday We’ll Be Together” and with that Diana Ross & The Supremes were assigned to the history books as the most successful girl group. The DVD also includes bonus material of 8 (audio only) a cappella performances by the Supremes. The original studio vocal master tracks were discovered in the Motown vaults. There is an extra bonus of a trivia track, accessed via the set up menu, which is both informative and fun and reveals performance details etc as the songs play. The 24 page booklet is packed with great photographs & memorabilia.
Written by: ScotsJohn (Aberdeen, Scotland) 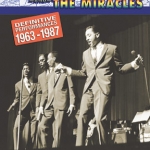